AL JAZEERA- Kenyan authorities have arrested several senior officials on suspicion of corruption over their management of a flagship $3.2bn railway project.

The National Prosecution Authority said in a statement on Saturday that it had agreed to charge 14 civil servants and business people, as well as three companies, over compensation for land purchased for the construction of the Chinese-funded line linking the capital, Nairobi, to the coastal city of Mombasa.

Among those indicted were Mohammed Abdalla Swazuri, chairman of the National Land Commission (NLC), and Atanas Kariuki Maina, managing director of the Kenya Railways Corporation.

#BreakingNews The DPP has consented to charges against National Land Commission (NLC) Chair Dr Swazuri and others in relation to #SGR compensation. 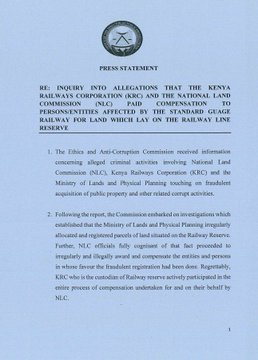 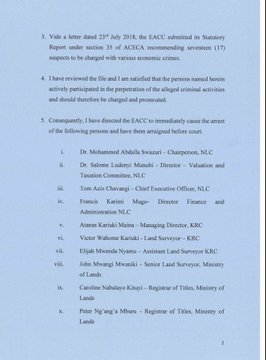 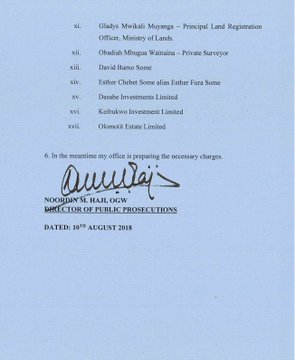 The charges followed an investigation by the Ethics and Anti-Corruption Commission (EACC) into allegations the NLC made phoney compensation payments for land used for the project.

The commission did not reveal the source of the allegations.

Opened in May 2017, the Nairobi-Mombasa line is part of a “master plan” agreed on by East African leaders to connect Kenya, Uganda, Tanzania, Rwanda, Burundi, South Sudan and Ethiopia by rail.

It also forms part of China’s “One Belt, One Road” initiative, a multibillion-dollar series of infrastructure projects upgrading land and maritime trade routes between China and Europe, Asia and Africa.

Beijing’s Export-Import Bank has funded 90 percent of the project’s costs, while its state-owned Road and Bridges Corporation is in charge of maintaining and operating the railway.

No Chinese companies or individuals were accused of financial misdealing during the railway’s construction.

Kenyan President Uhuru Kenyatta has repeatedly pledged to stamp out corruption in the country, which was ranked 143rd out of 180 in Transparency International’s 2017 corruption perceptions index.

In May, 54 people – including dozens of civil servants – and 10 business entities were accused of stealing almost $80m from Kenya’s National Youth Service.

Two months earlier, a report by Auditor General Edward Ouko revealed almost $400m of public funds cannot be accounted for by the government.